Star forward Teal Bunbury returned to the pitch during June 12th’s Open Cup game against Orlando City SC after a season ending injury last August. Another Bunbury recently made a return after taking a hiatus from the silver screen – Kylie Bunbury, 13 months older than her little brother, co-stars as Lacey Porter in ABC Family’s new mystery thriller Twisted. I recently had the chance to talk with the elder Bunbury sibling about her new show and her relationship with her brother: 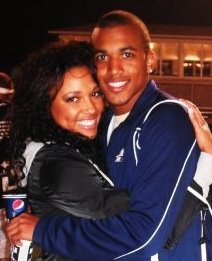 BP: The show premiered two weeks ago, with the third episode being last Tuesday. Why don’t you tell us a little bit about it?

Kylie: It’s a one-hour murder mystery about a boy who goes to juvie after murdering his aunt when he’s eleven. His two best friends at the time, me (Lacey) and Maddie Hasson’s character, Joe, witness him murdering her. Well, not murdering her but they see him and her body afterward. Danny then returns to school five years later and tries to rekindle his relationship with Joe and Lacey and my best friend (Regina) ends up getting murdered so he is immediately the prime suspect. Then it sort of goes from there.

BP: How many episodes will there be?

Kylie: We actually just shot our eleventh, and that will be the final episode for this season. Then we find out in four to five weeks if we’re going to get picked up for another ten. In that case, we would start shooting again in October and that next season would premier in January.

BP: What should fans be most excited about in the next few weeks? Any crazy twists or turns you want to allude to a little bit?

Kylie: There are some, yes, there are definitely some crazy twists and turns. I truly can’t give away anything at all. Let me think about what I can give away… I can give away that Lacey does warm up a bit and relationships do start to flourish. In terms of the mystery aspect, we find out more information about the necklace and… what else can I tell you? This is really difficult. I have to stay so tight-lipped *laughs* I’m just going to leave it at that.

BP: Alright, I understand. Let’s see, as far as films, you were in Prom and The Sitter, right?

BP: What’s it like making the transition to a TV series from films?

Kylie: It is drastically different. One, obviously in terms of time, because we are shooting eleven episodes here and you’re working every day for weeks on end. The other thing, my roles in Prom and The Sitter were actually quite small. With this being one of the leads, the beautiful thing about it is that I’m able to develop this character over time. It’s really based on the amount time that I’ve spent working on this character. See there are a lot of aspects of Lacey that I’m in tune with. It’s really me putting myself into this character and just sort of trying to bring as much truth to this situation as possible. You know, since TV is heightened reality and obviously its overdramatic teenagers but I really do think that the main difference is the amount of time that I’m able to work on this character.

BP: Have you been approached about any future movie projects because of your role in Twisted?

Kylie: I know that there have been some talks with my managers but I have been so busy that I haven’t been able to read any of the scripts. We’re almost finished – we get done next Monday and that’s when I’m going to be reading a lot more scripts and auditioning and hopefully during this hiatus I’ll be able to do a movie of some sort. I’ve just been a little too busy lately.

BP: Alright, the next question actually has to do with your busy schedule. Teal has told us before that you guys had a very close relationship while growing up. How have you been able to maintain this relationship with him, you know, being a professional soccer player and doing his thing, and you co-starring in your show?

Kylie: Yea, it’s really difficult! I mean, being out here alone is also extremely difficult. I miss my family so much since we are so close and with Teal we used to talk on a weekly basis but I’m at that point now where when I do get some alone time – or when I do have a day off – I don’t want to talk to anybody. I want to sort of just breathe and relax so that’s really difficult and it’s something that I’m trying to work on more. My relationships with my family are exceedingly important and that’s definitely what keeps me grounded. But right when I’m done I’m going to go see Teal or something, or he’s going to come visit me. We’re trying to plan something. Now that he’s back on the pitch I want to go to a game! I’m just so excited to watch him play again. He’s really thrilling to watch.

BP: Trust me; all of us are excited to see him back too!

Kylie: *laughs* Yea, he’s just so strong. He’s so inspiring I can’t even begin to tell you! He’s 13 months younger than me but I tell people that he’s my role model. *laughs*

BP: I believe that’s all we have for you today. Thank you very much for your time. Do you have anything else you’d like to say?

Kylie: Go Sporting KC and Teal I love you so much!

You can catch Kylie every Tuesday night at 8 p.m. CT on ABC Family as her and her friends struggle to let an old friend and an ex-convict back into their lives. Teal’s next episode will be this Saturday night as Sporting KC takes on the Columbus Crew at Sporting Park with kickoff scheduled for 7:30 p.m. CT (KSMO, La Gran D 1340 AM) and tickets available online at Ticketmaster or at the Sporting Park Box Offices.