SPOILER ALERT: Do not read if you have not yet watched the series premiere of ABC’s “Big Sky.”

In ABC’s “Big Sky,” the new drama series from creator and executive producer David E. Kelley, Ryan Phillippe is Detective Cody Hoyt, a former police officer turned private detective who gets wrapped up in the search for two young women who’ve gone missing in a remote part of Montana.

As Hoyt begins to investigate their disappearance alongside his detective partner Cassie Dewell (Kylie Bunbury), his estranged ex-wife Jenny (Katheryn Winnick) and a mysterious state trooper named Rick Legarski (John Carroll Lynch), he discovers that something more sinister may be affecting the area at large.

But in the shocking final moments of the episode, Phillippe joins the ranks of Drew Barrymore, Don Johnson, Sean Bean and Janet Leigh — a group of stars whose characters suffered some of the most surprising early deaths in pop culture history — when Legarski shoots Hoyt at point blank range before the duo could head off in search of the missing girls.

“I was shocked, certainly. And I think that’s also what made me so excited about it,” Phillippe told Variety of Hoyt’s surprising murder during the virtual series premiere event. “So often in entertainment you can see what’s coming a mile away. And to have moments in a series like this, where it kind of takes your breath away, or you’re absolutely shocked and didn’t see it coming, that’s exciting to be part of.”

Detailing what it was like filming the scene where Cody is shot, Phillippe explained that “you don’t want to give away the ending within the scene itself, so you’re kind of playing against what ends up being the ultimate drama at the end of it.”

What helped him was Lynch, who he praised as “such a joy to work with. He’s such a fun guy and interesting as an actor. He gives you so much, that it makes your job very easy.”

Since the series is based on C.J. Box’s novel “The Highway,” some viewers may have predicted that Cody wouldn’t make it to the end of the season (the character is also killed off in the book), but the cast certainly didn’t expect the twist when they first received the pilot scripts.

“When we read it, we said, ‘Whoa, Ryan’s fans are going to be pretty pissed,'” Bunbury joked. 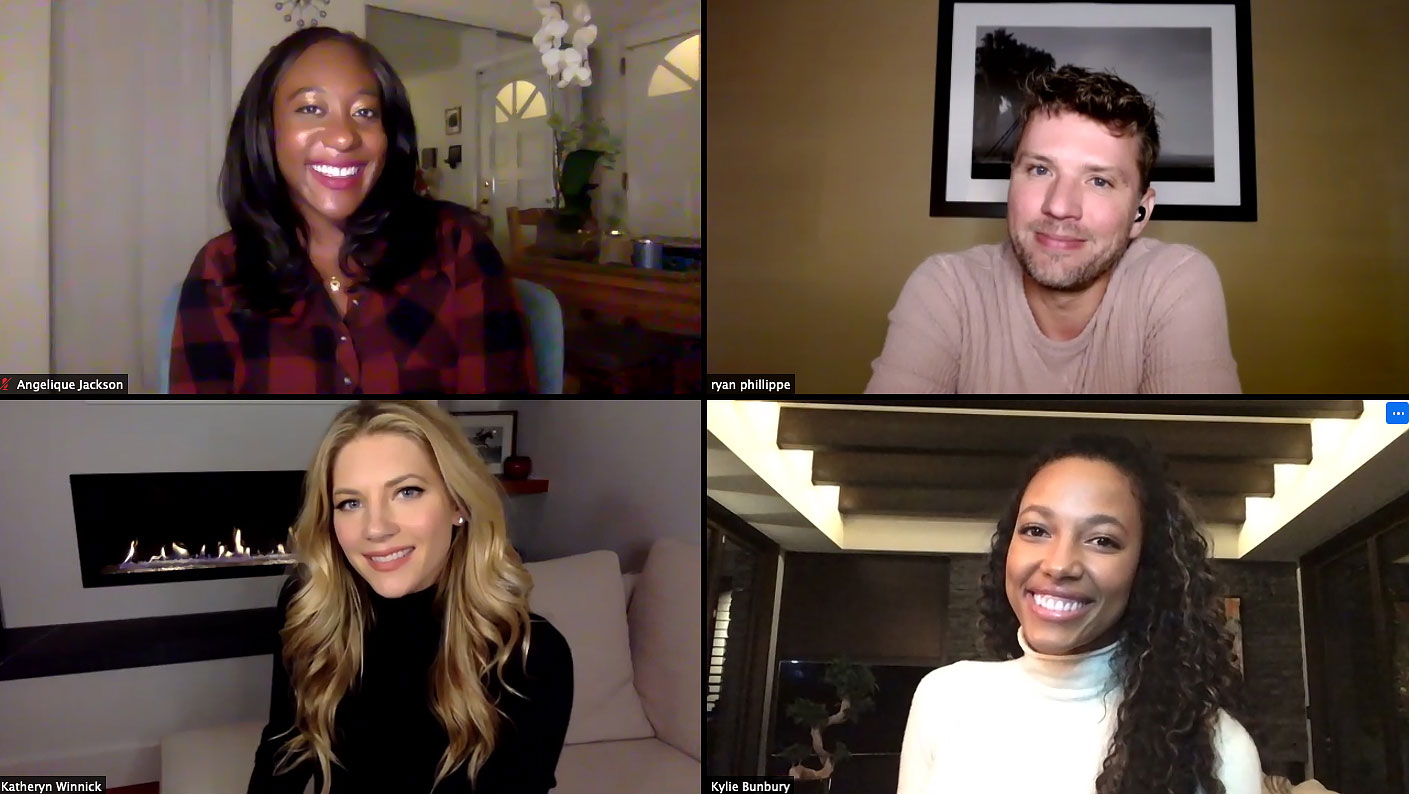 “I think it’s such an interesting way to really open up a series. … To have that ending [is] like, ‘Whoa, nobody expected that,'” Winnick added, before Bunbury continued. “I feel like it’s a real opening for ABC, showing that they want to go for a little bit more of an edgy feel or more cable feel. I think we gave that to them [in] Episode 1.”

Phillippe also shared his pride over being part of the broadcast television return for Kelley. “David has a writing style all his own and I really enjoy as an actor, trying to find your way in and embracing a writer’s specific voice. And just having been on [other] series myself, when you get scripts coming in like this, you’re genuinely excited as an actor. That is just a huge blessing in every way,” he said. “That’s a testament to Mr. Kelley and his work and his abilities and how he can write strong, well-rounded actualized females and it’s exciting to be a part of his work for a moment.”

He continued: “I also think it’s cool to see him tackle the thriller genre, because I don’t feel like that’s something that he’s done a lot in his career. And to have the David E. Kelley spin on what is essentially a thriller is kind of unique as well.”

But will Cody be seen on future episodes? The actor initially played coy about his character’s future on the show before eventually confirming that the character will appear in limited flashbacks as the season progresses. “That’s not the last you’ll see or hear of him,” Phillippe teased.

Either way, Winnick explained, the plot twist sets up the idea that no one on the series is really safe, and the rest of the cast doesn’t know much about their futures either.

“Every script is brand new and full of surprises,” Winnick explained. “You never know what to expect in the show. You don’t know who’s going to survive, who’s going to make it, who’s gonna have the next big unraveling and unfolding of their storylines, so it’s pretty cool.”

When asked if the cast was reading ahead in the scripts to see if they survived the next episode, Bunbury quipped, “I feel pretty good about me.”

Considering the idea that “The Highway” is just one in a series of Cassie Dewell-centric stories, the actor should feel pretty confident about her own job security on the show.

Of playing Cassie, Bunbury says that there’s a lot she can relate to: “I love that I’m playing a character that I actually understand. I’m biracial myself. … I grew up in a predominantly white world and had to learn how to navigate that. Cassie has to do the same and is incredibly strong, but feels like an outsider sometimes. She’s quite underestimated, which is really wrong to do.”

“The other thing I love about Cassie is that she’s ex-rodeo, so she’s got that connection to nature,” she continued. “I feel really privileged to represent Black cowboys. Because a lot of people don’t know that some of the first cowboys were Black. So there’s all those little intricate intricacies — there’s a lot of trauma that she suffered from that you’ll come to learn in future episodes and it’s just a beautiful character to explore in this in this landscape in this small town. And I’m really proud of this one.”

Plus, with Cody out of the picture, Cassie and Jenny have the opportunity to take center stage in the narrative, which was an equally enticing proposition for Bunbury and Winnick, especially noting the fact that their characters are being written by Kelley, who is widely celebrated for his portrayals of women on-screen from “Ally McBeal” to “Big Little Lies.”

“The show is really about two strong women in their own right completely independent and strong and vulnerable and each have their own path and somehow they’re coming together under these crazy circumstances,” Winnick said of Cassie and Jenny’s future.

“Having these two strong women leads, that is so refreshing on television. Especially two women that are so polar opposites in a lot of ways, but they have a common ground and really fighting for what they believe in and trying to solve this case, and trying to find Cody, and trying to find the girls, and you will see that as the series unfolds,” she added.

The feeling of female empowerment also extended behind the scenes: “We have such an incredible run roster of female directors as well and it’s amazing to have and see, especially as female leads to get a chance to work behind the camera and making sure our voices are heard,” Winnick said. 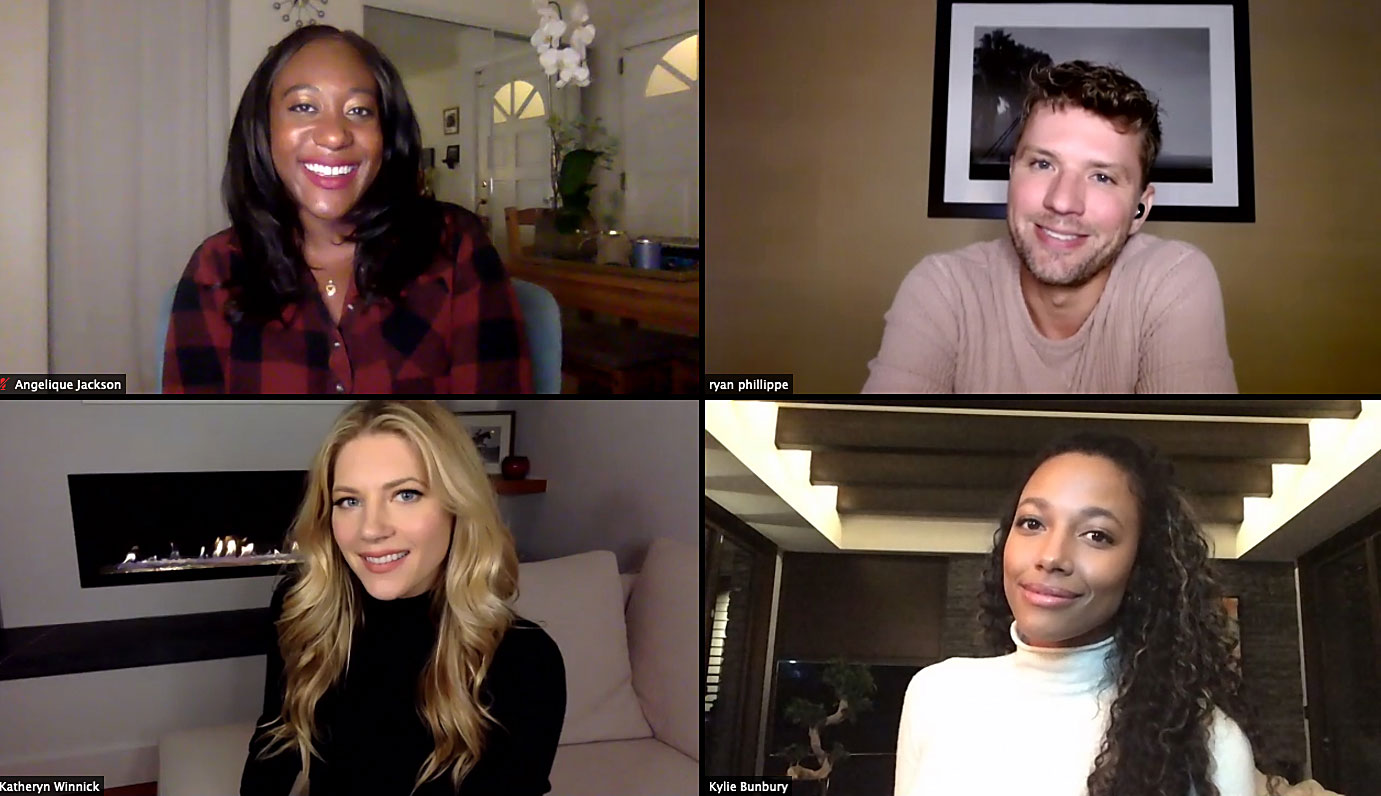 Off-screen, the cast and crew have done most of their bonding virtually while filming in Vancouver amid the pandemic. “During our quarantine, we did Zoom game nights,” Bunbury said.

“With COVID, it’s obviously a little challenging to get a big group of people together,” Winnick chimed in. “But thankfully, we’re all in our own little bubble and remain safe.”

Although Phillippe isn’t on location with the rest of the crew while they continue to film the first season, he’s still part of the family — but he says he won’t be asking the group chat for spoilers.

“I loved being a part of the project. I was very comfortable in the female-centric-ness of it all. I had three sisters, I was raised by women. So, I’m very down for seeing a show that celebrates the strength of what it is to be a woman and everything that comes along with that. So, I think that’s a cool thing,” Phillippe said. “And now I get to be a fan. I just get to guess along with the rest of you [about] what exactly is going to come next. I get to be excited about each and every episode. And that’s the experience I hope the audience has as well.”

To celebrate the series premiere, guests were transported to Big Sky, Mont. for an interactive watch party, crafted by event producers Little Cinema. Attendees were delivered “Country Crate Meals” — a metal crate filled with a Montana-inspired meal and swag (including a Big Sky-branded baseball cap and a tree to plant at home). The special event kicked off with a live pre-party at the “All In Bar,” which featured the event’s signature cocktail, the “Big Sky Mule,” to be crafted at home with Huckleberry vodka.