The official trailer for Kylie’s newest film Warning was finally released and it looks so good. I can’t wait to see it. Check out the HD screencaptures and a HQ still in the photo archive and the trailer and some synopsis below. The film hits select theaters, digital, and on demand on October 22. 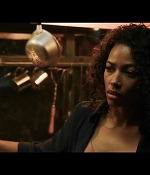 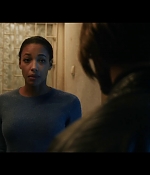 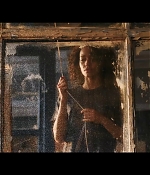 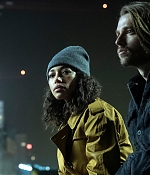 The future is scary. There’s just no way around it. Climate change is drastically impacting the daily lives of everyone on the planet. Technology is getting increasingly intelligent—and therefore more powerful. Unstable politics, hunger, human rights, the list of legitimate concerns goes on and on. And a brand new sci-fi film from Lionsgate puts several of those things together into one overarching story.

The movie is, appropriately, called Warning, and it hits select theaters, digital, and on demand on October 22. Co-written and directed by music video director Agata Alexander, it stars Thomas Jane (The Expanse), Annabelle Wallis (Malignant), Alex Pettyfer (I Am Number Four), Alice Eve (Star Trek Into Darkness), and others in a story that combines the potential horrors of artificial intelligence with the looming devastation of climate change.

If you’re like us, you watched that trailer and thought “What the heck is going on?”—because there is a lot going on. You’ve got Jane’s character in space, a killer asteroid, disturbing visions, mind control, immortal beings, Alexa as God, a creepy countdown, snow angels, dancing, you name it. So here’s where an official plot description comes in more than handy to tie everything together. Lionsgate describes Warning as follows: “Set in the not too distant future, this intense sci-fi thriller explores the repercussions that humanity faces when omniscient technology becomes a substitute for human contact. But life begins to unravel when a global storm causes electronics to go haywire, leading to terrifying, deadly consequences.”

Basically, it’s a Warning for everything we’re living through now, which is sufficiently messed up and terrifying. Fingers crossed Alexander is able to tie all those characters (it also stars Patrick Schwarzenegger, Rupert Everett, and James D’arcy, among others) and ideas into one, satisfying narrative. We’ll find out in a few weeks when Warning arrives.