All month long, IGN First is spotlighting the Films to Watch in 2018. Today, we take a look at Game Night, the upcoming dark comedy starring Jason Bateman and Rachel McAdams and directed by John Francis Daley and Jonathan Goldstein (Vacation).

In the New Line comedy Game Night, Jason Bateman and Rachel McAdams star as a couple whose weekly game night with their friends goes horribly wrong when the fun murder mystery game they think they’re playing turns into a very real kidnapping. Jesse Plemons, Kyle Chandler, Lamorne Morris, Billy Magnussen, Kylie Bunbury and Sharon Horgan also star in the film, and we’ve got a first look photo of the main cast. Check it out right here: 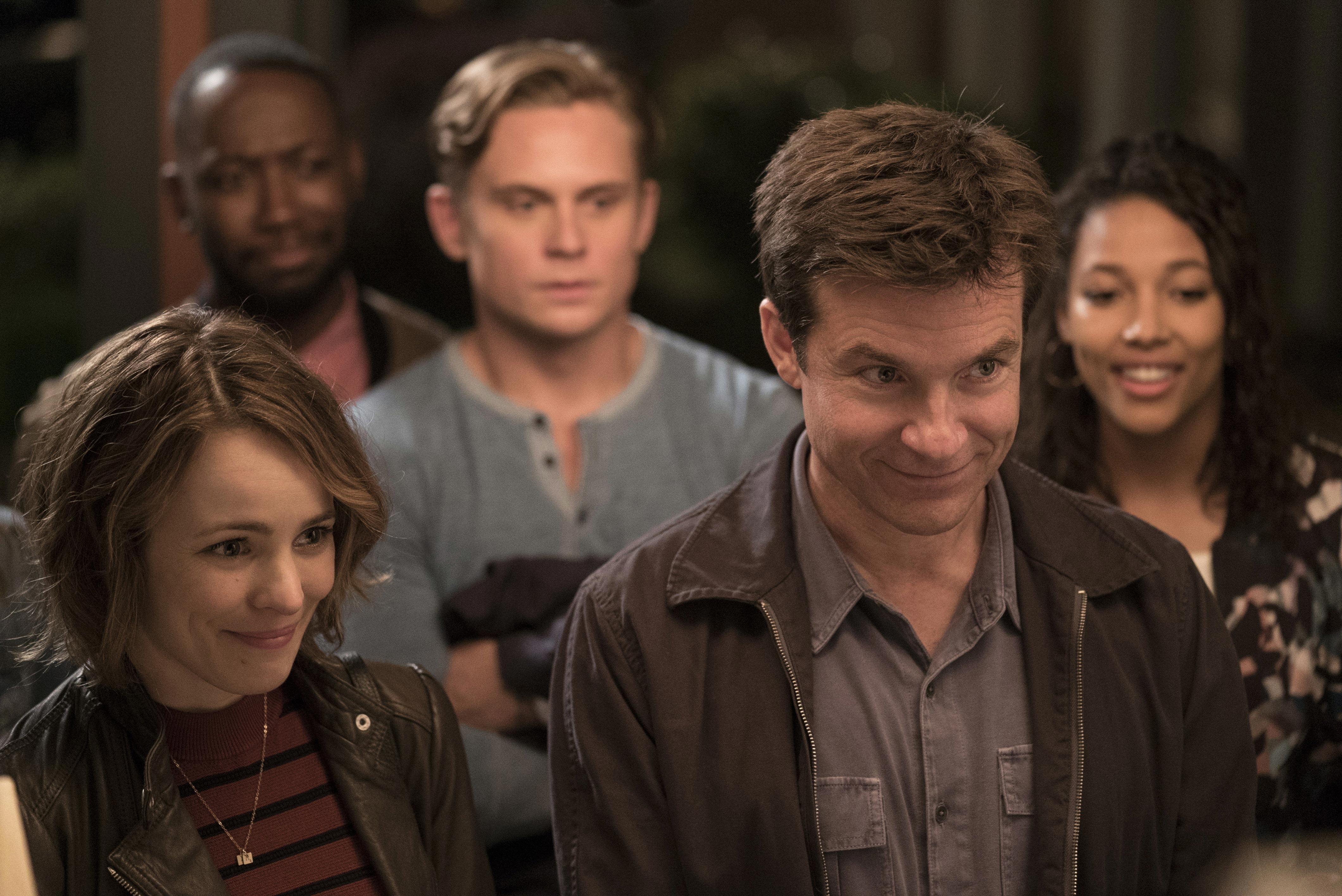 The film’s directing team of John Francis Daley and Jonathan Goldstein made their feature-debut as helmers with the 2015 Vacation remake, but they got their start as writers, having also worked on films like Horrible Bosses (1 and 2, also featuring Bateman), Cloudy with a Chance of Meatballs 2, and most recently, Spider-Man: Homecoming. But in the case of Game Night, the pair recently told IGN that one of the biggest challenges was striking the right tone between the comedy and thriller aspects of the film.

“It was probably the hardest thing in putting the movie together, was walking that line,” said Goldstein. “Because if you lean too much into the comedy, then the thriller aspect feels like nothing, and if you get too dark with it, then nobody feels like laughing. And so it was always finding that right balance, and some of that, you know, we accomplish with our score, and some of it with the pacing of the scene or the editing. But we think it worked out well. I mean, the screenings we’ve had, people are getting it. They’re laughing, and they’re gasping at the right moment.”

Daley added that visually their goal was to make Game Night look like a David Fincher film.

“That’s kind of the archetype that we were using,” he explained. “We would call it David Fincher Light. In that, you know, he has a very unique filmmaking style with his colors and lighting as well as this sort of soulless and mechanical camera work where it never feels like there’s a person behind the camera. And we thought that that was an interesting technique for a comedy, because it puts you in this place where you’re laughing, but you’re also slightly uncomfortable because the danger element suddenly feels real. And it raises the stakes and actually helps to make the comedy work even more.”

Part of the fun of the film for audiences, according to the filmmakers, should be in trying to figure out “what the hell is this movie” — whether it’s comedic or dramatic at times.

“It’s almost as if we thrust these comedic characters into a different genre of movie, and how they kind of react to the very dark subject matter that’s taking place around them,” said Daley.

“They think they’re in a comedy,” laughed Goldstein.

Achieving that effect meant casting some actors who traditionally are not thought of as comedic performers, like Jesse Plemons or Kyle Chandler.

“In many ways, it’s that much funnier to see them in these situations, and see them react in ways that are not quite what a dramatic film would do,” said Goldstein. “It’s more unexpected than, say, a face that you’ve only seen in comedies and you’re just sitting there waiting to laugh.”

Aside from the Fincher visual style the guys went for here, they also had several other influences on their mind when making the film — including video games.

“We took inspiration from things outside of film as well,” said Daley. “We have a couple visual gimmicks in the film that we haven’t really seen executed before in other movies, but we thought was a fun way to sort of set the tone. One of them being this camera rig that we used that sort of emulates what you see in a third-person driving game, or Grand Theft Auto, where the camera is affixed to the back of the vehicle, but so far back that you see the entire vehicle, and the camera’s with it every move. And it totally evokes a video game in that sense. … On a subconscious level, I think people see it, even if they don’t realize they see it.”

To see if you see it or not, you’ll have to check out Game Night when it’s released on February 23, 2018. The film stars Jason Bateman, Rachel McAdams, Jesse Plemons, Kyle Chandler, Lamorne Morris, Billy Magnussen, Kylie Bunbury and Sharon Horgan.