ABC finally posted the press release for 1.12 No Better Than Dogs in addition to some HQ stills. Check them out in the photo archive. 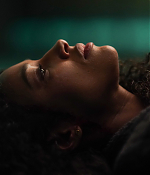 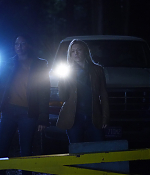 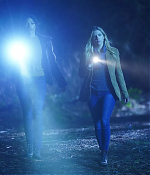 “No Better Than Dogs” – Cassie and Jenny each face a dangerous attempt to run them out of town while Jerrie has a close encounter with a dangerous threat of her own. Back at the ranch, Blake returns home, where he receives anything but a warm welcome. This ain’t your typical family reunion on “Big Sky,” TUESDAY, APRIL 20 (10:00-11:00 p.m. EDT), on ABC. (TV-14, LV) Episodes can also be viewed the next day on demand and on Hulu.

“No Better Than Dogs” was written by Elwood Reid and Brian McCauley Johnson and directed by Oliver Bokelberg.