ABC finally posted the press release for 1.10 Catastrophic Thinking and 1.11 All Kinds of Snakes in addition to some HQ stills. Check them out in the photo archive. 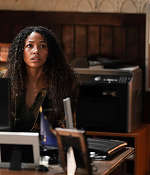 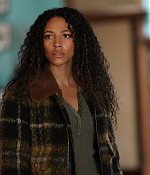 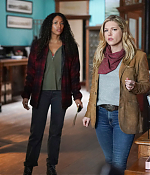 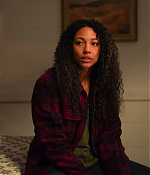 “Catastrophic Thinking/All Kinds of Snakes” – Three months after Ronald’s escape, Cassie and Jenny have officially partnered up to take down a fresh slew of troublemakers, but all isn’t coming up roses; Ronald is still on the loose, a domestic case takes a macabre and deadly turn, and a U.S. Marshall is sticking his nose in their case files. Right as the women of Dewell & Hoyt seem to be getting used to the new normal, Jenny gets an alarming call from an old flame; leading her and Cassie headfirst into a new case, a new jurisdiction and a whole lot of new trouble. It’s time to meet the Kleinsassers on the two-hour return of “Big Sky,” TUESDAY, APRIL 13 (9:00-11:00 p.m. EDT), on ABC. Episodes can also be viewed the next day on demand and on Hulu.

“Catastrophic Thinking” was written by Annakate Chappell and Mathew Tinker, and directed by Gwyneth Horder-Payton.

“All Kinds of Snakes” was written by Elwood Reid and Maria Sten, and directed by Stephen Kay.