ABC posted the press release for 1.07 I Fall to Pieces in addition to some HQ stills. Check them out in the photo archive. 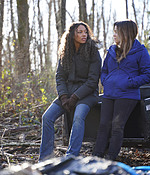 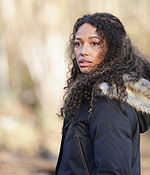 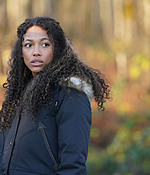 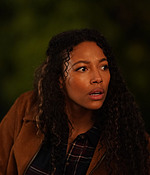 “I Fall to Pieces” – Cassie and Jenny work against the clock to find Ronald and prove Legarski’s guilt, calling on Grace to join their efforts and bravely help them in the process. Just when all the pieces start falling into place, Ronald’s emotions get the best of him as he makes an unthinkable decision, even for him. Merilee plays an unwilling and life-changing role in turning the case on its head on “Big Sky,” TUESDAY, FEB. 2 (10:00-11:00 p.m. EST), on ABC. (TV-14, DLV) Episodes can be viewed the next day on demand and on Hulu.

Guest starring in “I Fall to Pieces” are Patrick Gallagher as Sherriff Tubb and Brooke Smith as Merrilee Legarski.

“I Fall to Pieces” was written by Annakate Chappell and Matthew Tinker, and directed by Jennifer Lynch.