ABC posted the press release for 1.05 A Good Day to Die in addition to some HQ stills. Check them out in the photo archive. 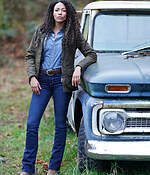 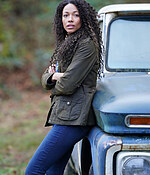 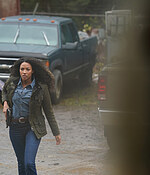 THE CLOCK IS TICKING AS JENNY AND CASSIE ARE HOT ON LEGARSKI’S TAIL ON THE WINTER FINALE OF ‘BIG SKY,’ AIRING TUESDAY, DEC. 15

“A Good Day to Die” – Jenny and Cassie feel as if they’re closing in on Legarski, but they are racing against the clock as he and Ronald are preparing to move the girls. Jerrie makes one last attempt to convince Ronald to let them go. Elsewhere, Cassie visits Merilee to question her about her husband and Ronald aggressively confronts his mother on the winter finale of “Big Sky,” TUESDAY, DEC. 15 (10:00-11:01 p.m. EST), on ABC. Episodes can also be viewed the next day on demand and on Hulu.

Guest starring in “A Good Day to Die” are Brooke Smith as Merilee Legarski, Jeffrey Joseph as Joseph Dewell and Gabriel Jacob-Cross as Kai Dewell.

“A Good Day to Die” was written by Jonathan Shapiro and directed by Jennifer Lynch.