ABC posted the press release for 1.04 Unfinished Business in addition to some HQ stills. Check them out in the photo archive. 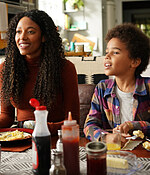 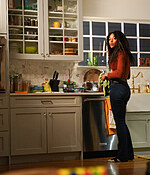 THERE’S NO HARM IN ONE DANCE ON AN ALL-NEW EPISODE OF ‘BIG SKY,’ TUESDAY, DEC. 8

“Unfinished Business” – Unsatisfied with the investigation now that the girls’ disappearance has made headlines, Cassie and Jenny take things into their own hands, tapping into their individual strengths to make headway in the case. Meanwhile, Legarski attempts to keep cool, but Ronald takes a different approach to protecting himself. Still captive, Danielle and Jerrie tend to Grace, who makes a painful decision in an attempt to save them all, on an all-new “Big Sky,” TUESDAY, DEC 8 (10:00-11:01 p.m. EST), on ABC. (TV-14, DLV) Episodes can also be viewed the next day on demand and on Hulu.