ABC posted the press release for 1.02 Nowhere To Run in addition to some HQ stills. Check them out in the photo archive. 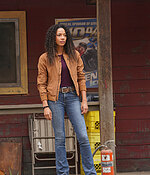 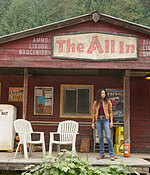 “Nowhere To Run” – Forced to form an unlikely team, Cassie and Jenny set out to continue the search for the missing girls. Meanwhile, Danielle, Grace and Jerrie get to work on planning their escape, leading Legarski to struggle with the consequences of his actions as a distracted Ronald deals with a difficult relationship with his mother, on an all-new “Big Sky,” TUESDAY, NOV. 24 (10:01-11:00 p.m. EST), on ABC. (TV-14, DLV) Episodes can also be viewed the next day on demand and on Hulu.

Guest starring in “Nowhere To Run” are Gage Marsh as Justin Hoyt, Jeffrey Joseph as Joseph Dewell and Gabriel Jacob-Cross as Kai Dewell.

“Nowhere To Run” was written by David E. Kelley and directed by Paul McGuigan.