Former Pitch star Kylie Bunbury has been tapped for the title role in Get Christie Love, an hourlong drama from Power creator/showrunner Courtney Kemp and producers Vin Diesel, Debra Martin Chase and Shana C. Waterman, which has a pilot production commitment at ABC.

The project, a co-production between Lionsgate Television and Universal Television, is inspired by the cult 1974 blaxploitation-themed TV movie Get Christie Love! and subsequent short-lived series, which also aired on ABC. With the big commitment and casting of Bunbury, the project is inching closer to a green light.

The new Get Christie Love (no ! in the title), written by Kemp, is an action-packed, music-driven drama that centers on Christie Love (Bunbury), an African American, female CIA agent who leads a highly trained elite ops unit. Beautiful and charismatic, Christie transforms into whoever she needs to be in order to get the job done especially when it’s down to the wire and the stakes are life and death.

Kemp executive produces via her production company End of Episode, along with Diesel and Waterman through One Race Television and Martin Chase through Martin Chase Productions.

Bunbury most recently starred in a breakout role as pitcher Ginny Baker on Fox’s baseball drama Pitch. Her other recent TV credits include CBS’ Under the Dome and ABC’s Tut. She’ll next be seen in Warner Bros. Game Night alongside Jason Bateman and Rachel McAdams, which is set to bow in theaters on February 23. Bunbury is repped by Principal Entertainment and ICM Partners. 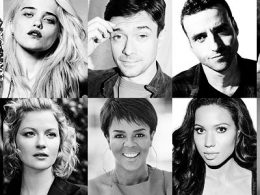